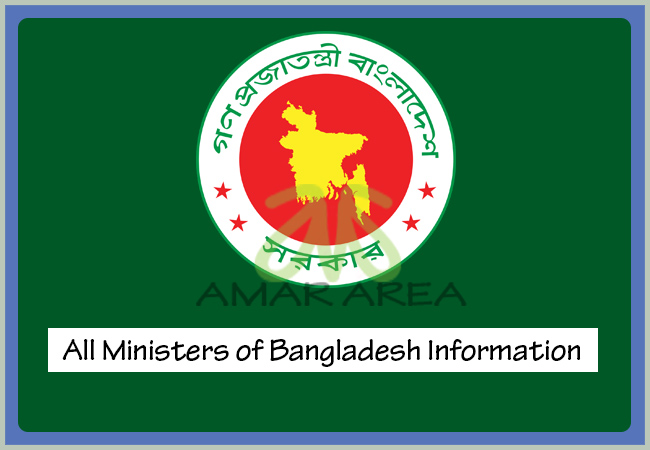 Bangladesh Govt (গণপ্রজাতন্ত্রী বাংলাদেশ সরকার) appointed minister after completing the VOTE in democratic country. Cabinet of Bangladesh has been setup by elected Honorable Prime Minister. Every 05 year later election program held in Bangladesh. The Ministers of the government, according to the Constitution of Bangladesh, are selected primarily from the elected members of House of Nation, also known as Jatiya Sangsad. Cabinet Ministers are heads of government departments, mostly with the office of the “Minister of [department, e.g. Defence]”. The collective co-ordinating function of the Cabinet is reinforced by the statutory position that all the Ministers jointly hold the same office, and can exercise the same powers. If you think you want to know about List of Cabinet Secretaries; check here. Moreover find the details of List of Ministries and Divisions in Bangladesh.

There are four categories of ministers, in descending order of rank: